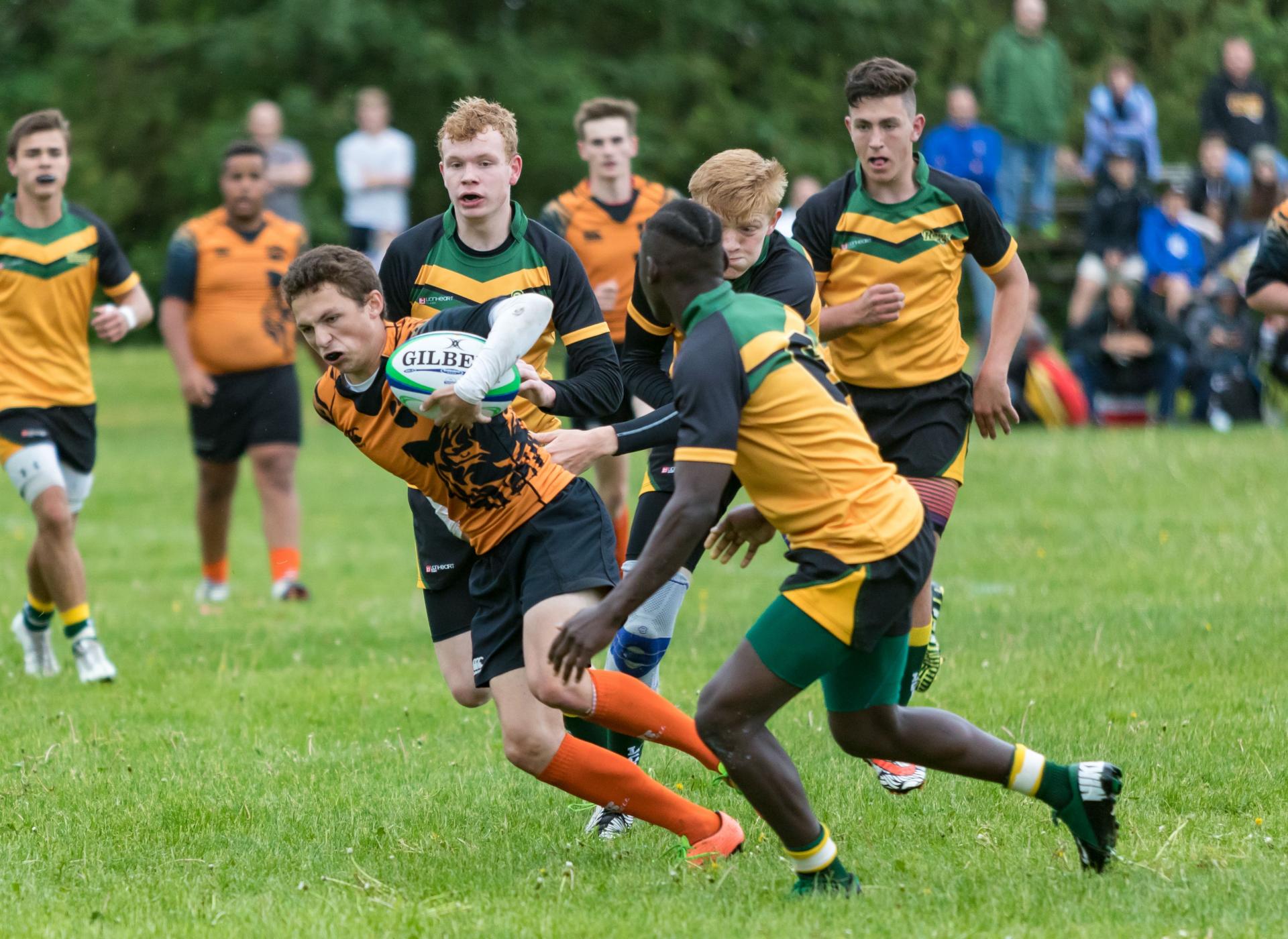 The following section of policy was approved by the ASAA Board of Governors at the 2018
Annual Planning Meeting and will be included in the 2019/20 Handbook. The policy applies to
the 2018-19 School Rugby Season.
Note : For 2019, the Provincial Tournament will follow the 8-team draw as referenced below in
section D.
1. Rules
The playing rules used by the ASAA shall be those endorsed by World Rugby for Rugby VII’s
and U-19 play.
2. Season of Play
The Season of Play shall be the same as Rugby XV’s.
3. Eligibility
A. Schools may not combine to form a Rugby VII’s team.
B. Declaration of VII’s or XV’s must be made by the zone declaration date before the
zone competition.
C. Teams may not be comprised of both male and female athletes.
D. Eligibility for Rugby VII’s is the same as rugby XV’s
E. Students are not eligible to play on a VII’s and a XV’s side in zone playdowns or
provincials.
F. The ASAA shall have Rugby VII’s competitions in two tiers with each tier being
determined by school population as follows
Tier I - 800 Tier II - 799 or less
4. Representation to Provincials
A. Regions for determining representatives to Provincials are based ASAA Zones as
follows:
B. Hosting of the Provincial Championship will be set on a rotating basis through the
eight zones.
C. Regions must declare an intent to participate in the Provincial Tournament by May 2.
5. Competition
A. The Provincial finals will held the last Friday of May and the following Saturday.
B. Same as Rugby 5. D. Decisions relating to postponement.
C. Same as Rugby 5. E. Coin Toss
D. 8 -Team Tournament
i. The tournament shall consist of 8 teams.
ii. Teams will be split into two pools
iii. Teams will play the other teams within their pool and be ranked at the
conclusion of pool play. The following point system will be used:
iv. Tie Break
(1) head to head
(2) Win/Loss Ratio
(3) Number of Tries - tied teams
(4) Number of Tries - all teams
(4) Coin Toss
v. Teams will then be assigned to the Saturday Playoff Competition as follows:
Championship Final 1-2 corss over Semi-Finals
Final and Bronze Medal game
Consolation Final - ¾ cross over - Semi Finals
Consolation Final and 7th place game
AWARDS

7. Equipment
A. Uniforms
i. Same as Rugby 7. A. i.
ii. In the event of a clash, the host will provide jerseys to one team for the
duration of the match. If a change of jerseys is necessary, it will be decided by a coin toss at the
coaches meeting.
B. Same as Rugby 7. B.