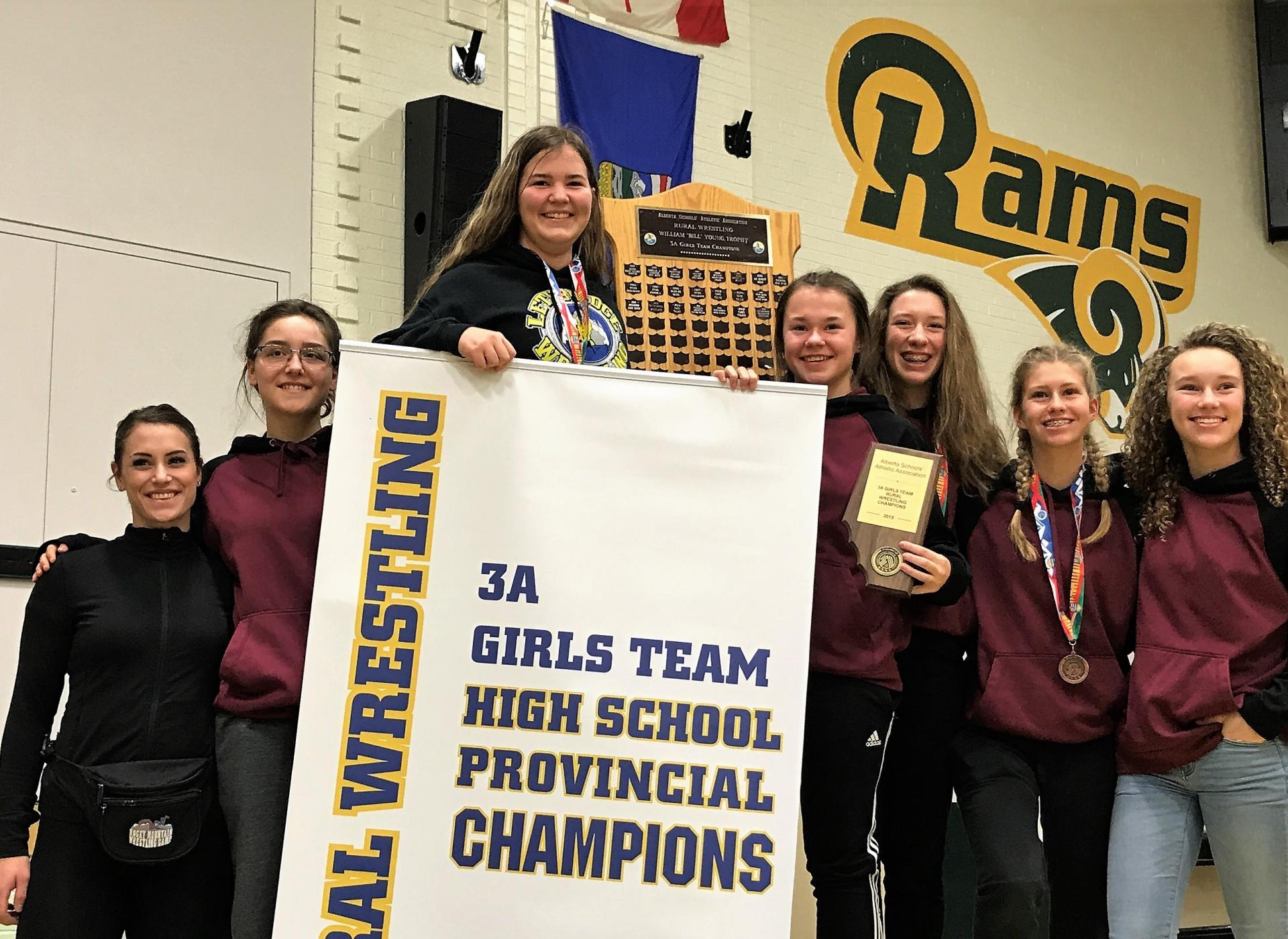 Lethbridge Collegiate Institute (LCI) is a public high school in Lethbridge, Alberta, Canada, operated by Lethbridge School Division that serves grades nine through twelve. LCI was the first school in Lethbridge designated only for secondary students. It opened at its current location in 1950, but was founded in a smaller, adjacent building in 1928. Since its 1950 opening, several additions and layout changes have been made at the school.
LCI has a strong history of athletics and is evident in the main gymnasium. The “Wall of Champions” along the east and south wall, timelining provincial athletic victories since the move to the new building. Several hallways are lined with framed photographs of past LCI athletic teams and individuals that date back to the early 1950s. The “L.C.I. Wall of Distinction” profiles dozens of notable graduates.