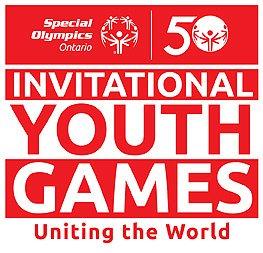 May 31, 2018
Category
ASAA News and Information

The Invitational Youth Games is a Special Olympics Ontario school championship with traditional and Unified events in Basketball, Bocce, Track & Field, Soccer, and Floor Hockey. Last year, both Saskatchewan and Manitoba sent school teams to compete in different sports at this event. This year, Alberta attended to compete in Unified Bocce team as a joint effort between the ASAA and support from Special Olympics Alberta.

Earlier this year, Bert Church High School (BCHS) was selected to send a team to represent Alberta because of their sportsmanship and overall support at Unified Sports events in the province since the inaugural Unified Basketball event in June 2016. After much anticipation, the team of two athletes and two partners and their coaches made the trip to Peterborough to compete against other high school teams. BCHS is now the proud owner of a Special Olympics Ontario Youth Invitational Games Championship Banner after placing first in the Special Olympics Unified Bocce competition on May 29-30, 2018 in Peterborough, Ontario.

On May 29th, the BCHS Chargers Unified Bocce team took part in divisioning rounds where all team members were tested for their accuracy when throwing bocce balls at the pallina that was placed 30, 40, and 50 feet away. Special Olympics Athlete Noah Van Dewark brought his A-game with the closest 50 foot shot of the group.

Following divisioning, the Chargers marched into Opening Ceremonies as the first ever team from Alberta to attend these championships and watch the official Torch Lighting Ceremony where the games were officially declared open.

Each team member had some incredible shots as the BCHS Chargers won three of their four round robin games on May 30th, narrowly beating the home team from Peterborough by one point in a nail-biting match up. After coming out on top in the pool play, the Chargers faced off against Peterborough again, but this time for the gold medal. After several back-and-forth frames where each team took turns taking the lead only to have their opponent tie the game again, the Chargers emerged victorious with a final score of 6-4. After the medal ceremony, the team joined the rest of the 900+ participants at the closing ceremonies and dance.

On beahlf of the ASAA and Special Olympics Alberta, we couldn’t be more proud of how Noah Van De Wark, Ami Schaan, Kendra Van Dewark, and Emma Rockwell represented their school and the entire province on the Bocce court. Thank you to their coaches Ian Ferguson and Cynthia Dahl for helping the team keep cool in the midst of intense competition despite the 30 degree weather.

Thank-you to the staff and volunteers from Special Olympics Ontario for the countless hours they put into this event, along with the members of the Law Enforcement Torch Run who host these championships. We look forward to joining you next year for the first ever International Youth Games!