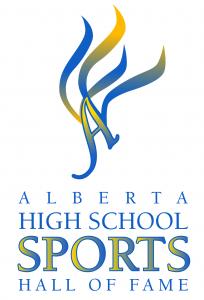 May 18, 2018
Category
ASAA News and Information

The Alberta Schools’ Athletic Association celebrated the outstanding contributions of outgoing Executive Members and Commissioners, as well as the Media, Sportsmanlike Coach, and Inductees into the High School Sports Hall of Fame, and the annual Routledge Award recipient- the highest honour to be bestowed on an award recipient by the ASAA. Award recipients and their families attended a banquet at the Best Western Premier Denham Inn & Suites in Leduc on Thursday, May 10, 2018 to be honoured for their immeasurable contribution to high school sport across the province.

ASAA Executive Members attend meetings and represent the Association during various Provincial Championships, Conferences, and other meetings. The Executive is also largely responsible for guiding the direction of the ASAA.

Sport Commissioners are responsible for representing their assigned sport at ASAA Board Meetings, influencing the direction of their sport within the association to best support the high school students and schools across the province.

The Routledge Award of Merit

The Routledge Award of Merit is awarded to an individual who goes beyond the call of duty to support and inspire high school students, coaches, and other colleagues in the realm of high school sport.