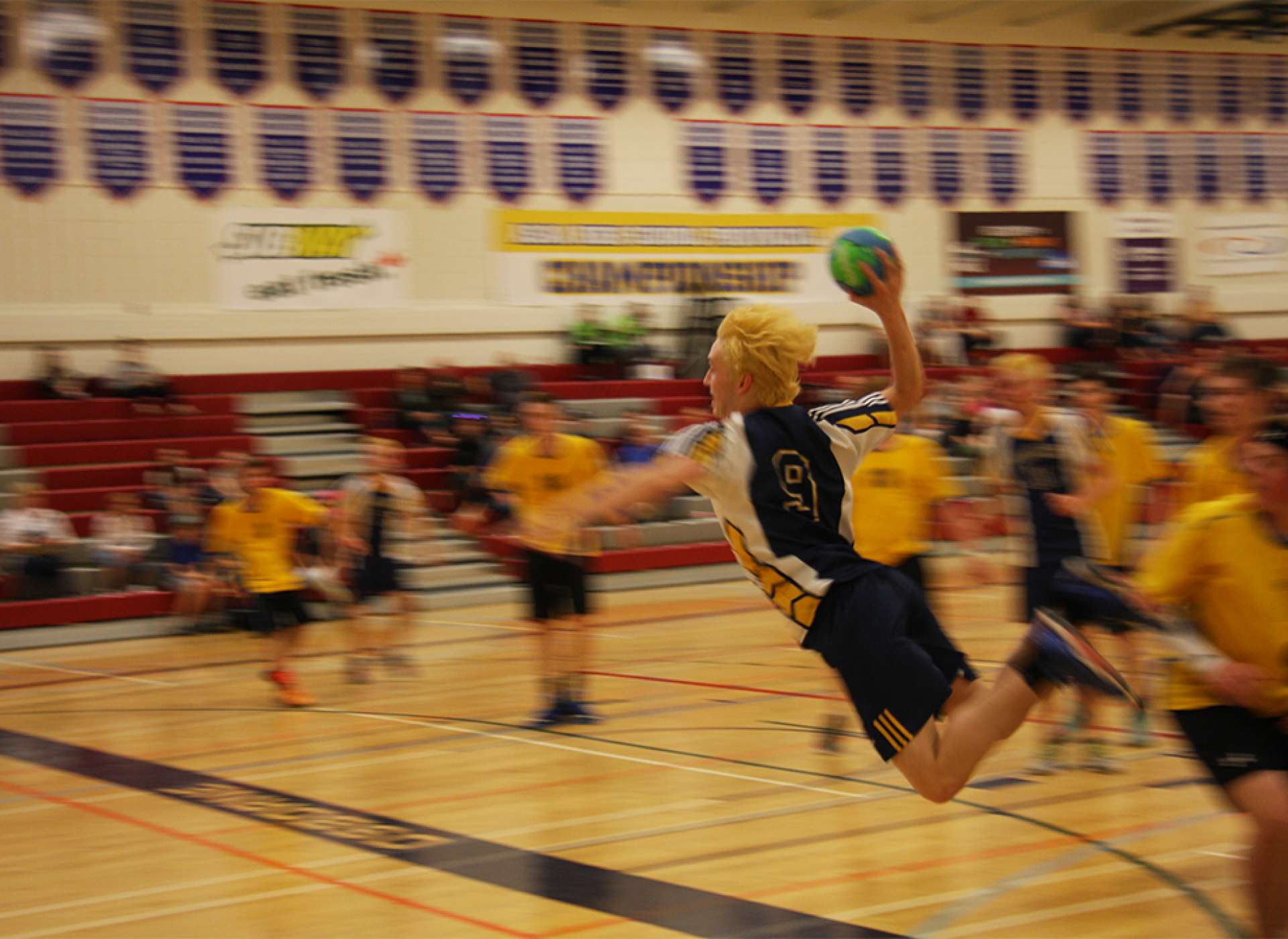 The playing rules used by ASAA shall be those endorsed by the International Handball Federation (IHF), with the following modifications:

Each team participating in team handball provincials will pay an entry fee to cover the costs of the tournament.

The ASAA will work with the ATHF to provide officials for the provincial tournament.

All provincial championship games will use two referees.

The season of play for team handball shall be February 15 to the Provincial Championships on the 2nd weekend of May. See SECTION V -ACTIVITIES, Item 3, for more information.

Uniforms: Uniforms and protective equipment must conform to IHF rules and regulations. All players are expected to dress in team uniforms that are consistent with school colors; no club insignia shall be permitted. The goalkeeper must wear colors that distinguish them from the court players of both teams and the goalkeeper of the other team. No duplication of numbers is allowed.